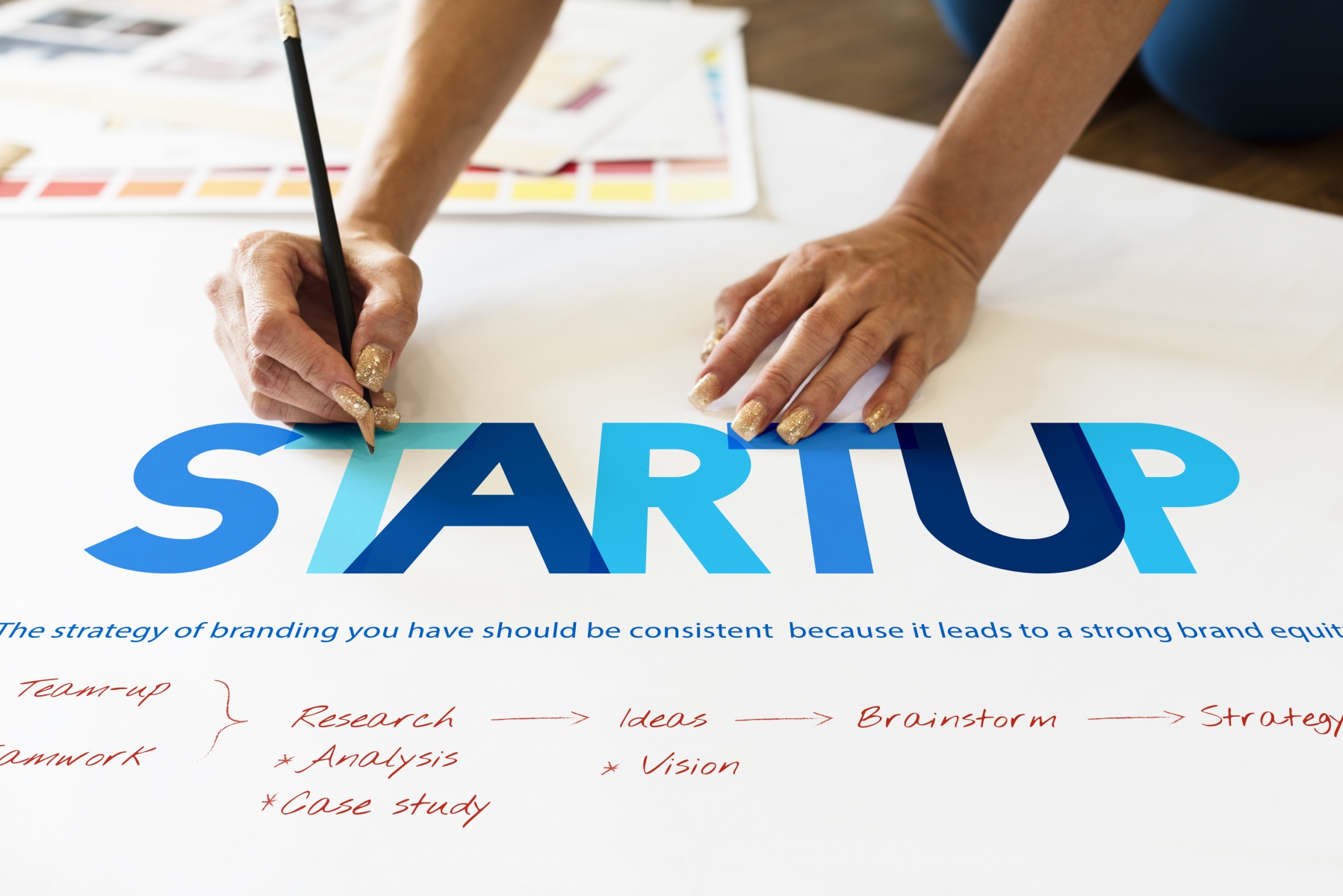 The DOTCOM bubble of the internet economy burst in the early 2000s, whose noise could be heard in most parts of the world, and India was no different. Riding the tech boom of the mid-90s, India’s software industry was having time of its life with exports clocking to almost 60% annual growth rate during 1996-97. And with the burst coming in, India also could feel the jitters as the growth rate nose-dived to almost 11% during 2002-03.

The technology industry then went through a massive consolidation phase during this time, with most small IT and ITeS businesses being either shut down or taken over by larger companies. Many tech entrepreneurs back then went back to employment, while there were others doing some soul searching.

With most of the tech industry concentrated in Bengaluru (which was known as Bangalore in those days), this soul searching got fueled by what was emerging as a trend back in the Silicon Valley, California. Known as start-up ventures, these emerging businesses were getting access to funds of ex-tech industry experts-turned venture capitalists and/or investors.

Many Indian tech entrepreneurs in the US started to touch base with those present in India and with it the soul searching got a definite direction. Slowly and steadily, Bengaluru started buzzing with discussions and deliberations among the tech industry on coming with new and fresh tech-enabled business ideas that could be funded by potential investors and VCs present in India and/or globally. Hence, the mid-2000s can be termed as the genesis of the start-up ecosystem in India with Bengaluru as its hub.

However, even with close to 15 years in existence, it is quite surprising to see that there isn’t a single Indian start-up that has taken the globe by storm. Or to put it in context, India still awaits a BIG BANG moment from its start-up ecosystem.
With the likes of Facebook, Google, Amazon, Twitter in Silicon Valley, and more recently the likes of WeChat and Alibaba in China; there is no major start-up that has been able to spread its wings globally. Apart from a handful of start-ups such as Flipkart (e-commerce), Ola (taxi aggregator), OYO Rooms (hotel aggregator), MakemyTrip (travel booking site), PayTM and PhonePe (digital payments), Hike Messenger (communications) most start-up businesses are yet to make their mark in the country.

If you may have noticed the product/service categories in the above list, there are equally competent and much better global start-ups that had come with these ideas much before the Indian start-up ecosystem. Or, another perspective can be easily put up that these start-ups’ ideas were lifted from the global peers and localized for the Indian context. Flipkart-Amazon, Ola-Uber, OYO-AirBnB, Makemytrip-Expedia, PayTM/PhonePe-Paypal/WeChat. It is about time some tough introspection is needed to understand why are we missing from the global start-up map, without any globally scalable business idea.

One common pattern emerging from the above competitor mapping is that while India has the capability and capacity to build a startup from scratch, it lacks the vision and clarity in identifying a unique problem that can be solved using innovation and scaled up. In short, no path-breaking innovations have yet being conceptualized by the ecosystem.

Strong evidence of this comes from the World Intellectual Property Organisation’s 2018 report, which states that India had granted 12,387 patents while China led the list with 420,144 patent grants, followed by the USA with 318,829 patent grants. 1
So why has this been the case, even after 15 years of start-up ecosystem development and a dominant legacy of software exports? Why is it that we get inspired, but don’t inspire? What stops us from being globally scalable, when we live in a country that is home to 1/7th of the world’s population? One major reason could be several mindset barriers, that may be preventing our start-up ecosystem to unleash and create a BIG BANG moment. Let’s look at some of the common ones:

1. Innovative vs Myopic Thinking: Okay, so this may not be necessarily common to the Indian context, but applicable globally. An individual’s structured thought process and deep thinking on an issue or problem is what fuels innovation. But due to lack of productive environment around us, our thinking largely remains myopic most of our lives. How else would one explain the fact that Dr. C.V. Raman won the Nobel Peace Prize in Physics for the famous Raman Effect, which was way back in 1930? Any other Nobel prize for science and/or innovation by an Indian in India after that?

2. Learning vs Memorising Concepts: Perhaps, our thinking mostly depends on how we are trained to use our brains while learning in schools and colleges. And there are several stories and arguments going on since many years on the plight of India’s poor education system, which at one point was the world’s best because of its Gurukul system of teaching. Population, income inequality, poor teacher intake, lethargic rules and regulations, outdated Education Policy, mad rush to score marks than understand the concept, outdated textbooks, and the list goes on and on.

3. Job Seeker vs Job Creator: We all remember the orientation we received as young minds while entering the education system – score higher grades and secure a good college seat. Score well in college to get a great placement offer. And the overhyped corporate rat race begins, where job seekers mindlessly and blindlessly juggle with work to make ends and meet their aspirations. Culturally also our society has seen many job seekers and our huge tax-paying middle class is a strong evidence of that. However, very less credit is given to the people who provide work opportunities, the job
1 World Intellectual Property Indicators 2018 – https://www.wipo.int/edocs/pubdocs/en/wipo_pub_941_2018.pdf
creators aka Entrepreneurs. Sadly, our education system never gives us the orientation to become job creators, which India desperately needs, looking at the grim income disparity and joblessness.

4. Unethical vs Ethical Business Practice: While entrepreneurs haven’t received the credit as much as they deserve, they also have been at the receiving end with severe Ease of Doing Business (EoDB) and other business related issues that have dented profit margins and squeezed credit flow in the system. Small and Medium Enterprises (SMEs), Start-ups, Large corporations, all have their own share of legacy issues and problems, that increases day by day thanks to the tonnes of rules, regulations, lack of awareness, system fatigue to support business aspirations. If such is the scale of the problem, then why blame businesses to take the unethical route to get their things done and earn decent profits? Rate of compliance in any Indian business is directly proportional to its scrutiny.

5. Urban vs Rural Divide: Even if few people make it this far, the last leg, the demographic and geographic diversity post both an opportunity as well as a challenge for businesses. While most urban population has access of better utilities, education, income and consumables, the rural population (though close to 68% in 2017), have remained laggards in many ways. Limited access to basic amenities, education, infrastructure, digital literacy, all create layers and layers of difficult terrains for businesses, especially start-ups, to reach at grassroots level with top-down approach. For those to attempt to take the bottom-up approach, making the business scalable for urban and global markets poses a difficult challenge due to lack of marketing and operation funds.

These are just some mindset barriers that need to be broken and disrupted so that the Indian start-up ecosystem carves a path of its own. So how can this be made possible? Are there any specific tweaks that can ease things out and give the ecosystem it’s much-awaited EUREKA moment? Our next blog would attempt to uncover some of these! 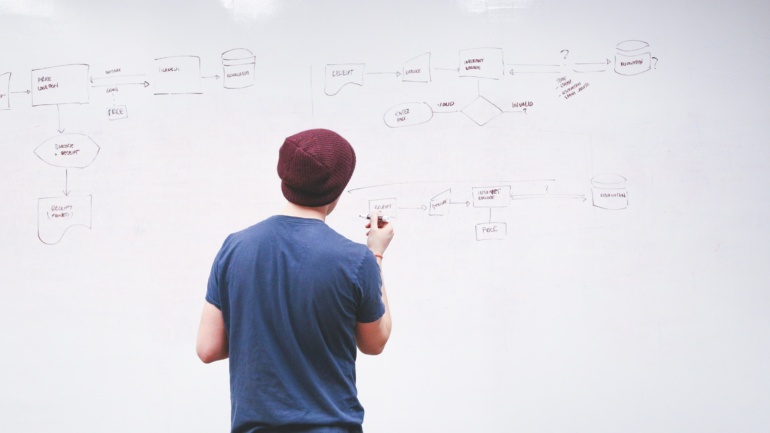 Growth of Startups is High in Developing Nations